In 2018, the Royal Air Force celebrated its 100th anniversary. Read our article below to see how Lincolnshire, England’s historical home of aviation, celebrated the occasion…

From 1st April, RAF Lincolnshire has been celebrating the anniversary with many events taking place throughout Lincolnshire to help celebrate the momentous occasion. It is also be a chance to reflect on the history of the RAF, particularly that which involved Lincolnshire.

Lincolnshire was often known as the Bomber County, playing a pivotal role as one of the largest aircraft manufacturing centres. Six operational stations are still in use today. During World War II, there was thought to have been over a hundred military airfields, as well as dummy airfields and emergency landing strips.

Below you will find a selection of events taking place in Lincolnshire.

Bastion in the Air Exhibition 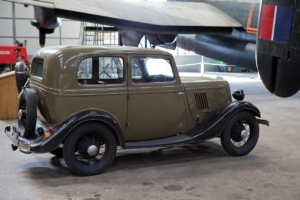 There will be two exhibitions, one in The Collection in Lincoln and another at RAF Scampton. The focus for the exhibition at The Collection will be on the rising threat to Britain from the aerial attacks by airships and the British response. The Dambusters Hangar at RAF Scampton will be turned into a WWI airfield with three WWI aircraft flying in to form part of the display.

The latter event will run until the 30th April 2020 and promote the aviation heritage of the county. It will also highlight the work that was carried out in constructing aircraft and defending British airspace.

As well as this, there will also be travelling exhibitions throughout the county during the three year period.

Click here to see more details of the event.

Gallantry in the Air

The event will run from Sunday 1st April to Wednesday 31st September. Gallantry in the Air will be held at the Cranwell Aviation Heritage Museum.

To help mark the centenary of the RAF, an exhibition will showcase the RAF crew who were decorated for their bravery during the Second World War.

The airmen that will be featured during the exhibition received the highest award for their bravery and for paying the ultimate price on some occasions.

For more information about the upcoming event, click here. 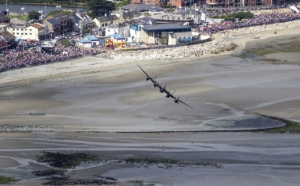 Held at Cleethorpes, the event will celebrate the important work done by the Armed Forces, as well as having fun activities that everyone can take part in.

There will be a range of events taking place over the weekend, such as parades, air displays, ground events on the seafront and much more.

You can also expect to hear live music and enjoy a fireworks display on the Friday and Saturday evenings.

The annual 1940s festival is back at Woodhall Spa for another year and this one promises to be spectacular. Taking place on the 7th and 8th of July, the event will be held at the same time as the Thorpe Camp 1940s weekend, allowing visitors to visit both over the weekend.

Get the whole family together and experience many activities, such as re-enactments, live music, learning about the military history and watching the BBMF soar overhead.

For those that want to visit both festivals, there will be free transport offered that takes just over ten minutes to complete. 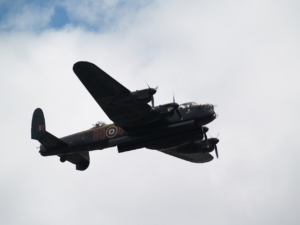 Held at Lincoln Cathedral on Friday 10th August, the RAF100 dinner is a special occasion to help celebrate the incredible history of the RAF in Lincolnshire. They will also be raising funds for the Cathedral and the Lincolnshire Bomber Command Memorial.

Previous dinners that have taken place at the Cathedral have been the Charter of the Forest and Magna Carta, both of which were successful.

A ticket for the 2018 event has been priced at £100, with 5% of the money going towards the memorial. The evening will start with a champagne toast, leading onto a four-course meal with entertainment throughout the evening.

It is sure to be an incredible night of celebration and remembrance. Click here to see more information.

Taking place on Saturday 11th August and Sunday 12th August, the annual 1940s weekend will take place in the historic city of Lincoln. This year’s event has been renamed as the RAF 100 Weekend to celebrate the 100th birthday.

This year promises to be the biggest celebration yet, drawing in thousands to the city. Be transported back in time with a range of activities throughout the weekend, such as vintage clothing stalls, live music and a flyover that includes the Lancaster, Dakota, Spitfire and Hurricane.

A pop up food court in the Bailgate will offer refreshments after the live entertainment, in which you will have a chance to shine and show off your dancing moves.

Not only will all this take place, the Lincolnshire Vintage Vehicle Society will also show off their fleet of vehicles from the 1940s.

Find out more about the event here.

I have lived in Lincoln since I was seven years old and I have enjoyed everything that the city and ...read more