"With stunningly beautiful Georgian architecture and over 600 listed buildings made from mellow limestone, Stamford is a true gem" 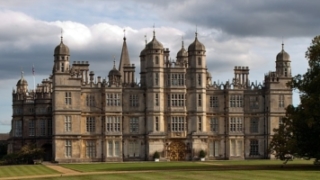 Described by Sir Walter Scott (of Ivanhoe fame) as ‘the finest stone town in England’, we guarantee that you will be as charmed by Stamford as he was! In 1967, Stamford became the very first designated conservation area in England and Wales.

It is no wonder then that Stamford is a popular location for filming period dramas. George Elliot’s Middlemarch, the 2004 film version of Jane Austen’s Pride and Prejudice, (with Kiera Knightley and Dame Judi Dench), and The Da Vinci Code were all filmed in and around Stamford.

Stamford is a wonderful place to visit and there is plenty to do and see. You can enjoy relax and enjoy a delicious meal in one of the town’s many delightful tea shops and cafes, or indulge in a bit of retail therapy in one of Stamford’s many independent shops.

Why not take a stroll along the River Welland as it cuts through the town’s park or visit one of Stamford’s art galleries?

Places to visit in Stamford:

This impressive stately home was built in the 16th Century by  Sir William Cecil, chief advisor to Queen Elizabeth I. This magnificent stately home, located a mile outside Stamford and just off the A1, is open to the public from March to November, and is home to the world famous Burghley Horse Trials every September.

Housed in what used to be the Stamford Assembly Rooms, dating back to 1727. This lovely building was used as a set both for the BBC’s production of Middlemarch and, in 2004, for Pride and Prejudice. Today it is an arts centre, theatre, cinema and exhibition hall. It also hosts workshops and has a cafe.

A traditional coaching inn and is the very essence of what Stamford is like. Pop in for a morning coffee or treat yourself to a delicious afternoon tea – and absorb the fantastic sense of history!

A communal parkland in the centre of Stamford, with the River Welland running alongside. Stamford has a reputation as one of the most picturesque places to visit in Lincolnshire, and this park is testament to that. It is simply a lovely place to have a picnic or take a walk alongside the river.

The parish church of Stamford, All Saint’s Church is is mentioned in the Domesday Book of 1086 and is well worth a visit.

Children are welcome at any of the services, and there is a carpeted play area is provided for families with young children.

Founded in 1485 by wealthy wool merchant William Browne, this was originally built as an almshouse for the poor in 1475. Additions were made in the 1870s and the medieval sections of the building are open to the public at weekends during the summer.

Mid-Lent Fair: one of England’s largest street fairs dating back nearly a thousand years, arrives in Stamford the day after Mothering Sunday for 5 days.

And finally – not a lot of people know this…..

The remains of a Sauropod dinosaur – believed to be over 170 million years old – was discovered at the Williamson Cliffe Quarry in Stamford in 1968!

The Sauropods, at over 100 feet long and weighing over 100 tons, were one of the largest of all dinosaurs.