"If you're looking to sample the best tipples that Lincolnshire has to offer, then get yourself down to one of these local breweries"

The brewing of ale is a tradition stretching back to medieval times but, despite its long history, the process is still going strong in Lincolnshire today. There are a number of local breweries established in Lincolnshire and we’ve put together a list of our top 10 favourites.

If you are looking for things to do in Lincolnshire this summer, then get yourself down to one of these local breweries.

Brewing since 1874, the Batemans Brewery has decades of experience and knowledge poured into every glass of their beers. 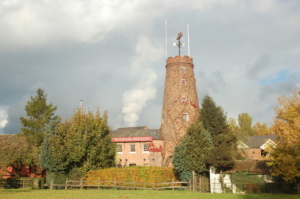 Four generations of the Bateman’s family have now worked at the brewery and they strive to follow Harry Bateman’s motto from 1953;

“In your business, don’t ever lose the human touch with your employees and tenants.”

The brewery produces a wide range of ales, beers and stouts. Not only do they sell their creations across Lincolnshire, but in the US, Canada and Japan too.

Their beers have won numerous awards, including the 2019 Gold Strong Bitter East Midland Region Champion Beer of Britain for their Triple XB.

You can find out more about Bateman’s Brewery here.

Originally Lincoln’s only brewery, Lincolnshire Brewing Co moved to Langworth in 2016, expanding to an 8-barrel system at The George pub. 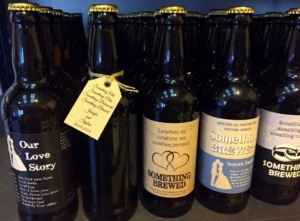 The first beer they produced was named ‘Friendly Rottweiler’ after the owner’s pet dog, Guinness.

Nowadays, the brewery is probably best known for its Cheeky Imp ale, the official ale of Lincoln City Football Club youth academy upon its launch a few years ago.

They also create bespoke ales for weddings, corporate events and festivals, so you can tailor your choice to suit the theme or style of your event.

Brewery tours are available all year round, though booking is essential. There is also an online shop.

You can find out more about the Lincolnshire Brewing Company here.

Brewed at the Half Moon Inn in Willingham-by-Stow by landlord Phil Troop, the Grafters Brewery is sold at the pumps and in bottles you can take home. 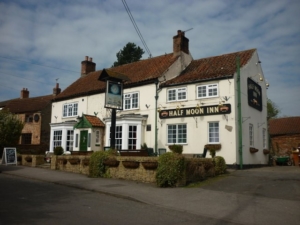 Since 2007, Phil has been brewing his local ales and beers for his customers and also supplies his creations further afield in Doncaster and Worksop.

As well as the Half Moon Inn, you can find Phil’s ales and beers at some of Lincolnshire’s favourite pubs, including;

You can find out more about Grafter’s Brewery here.

Based in Grantham, Lincolnshire, this brewery uses local Lincolnshire barley combined with either American or British hops to create their distinct ales. 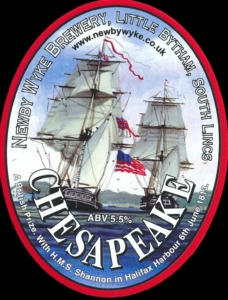 Named after a Hull steam-trawler which sailed during the 19th century, the Newby Wyke brewery has a strong local flavour and a great community following.

The brewery was established in 1998 in a converted garage, but since then has grown and developed its business, now located in the Limesquare Business Park in Grantham.

The Nobody Inn in Grantham regularly hosts at least three Newby Wyke beers, so pop in and try one!

To find out more about Newby Wyke Brewery here. 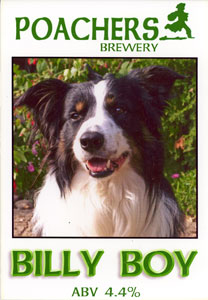 Since then, the brewery has moved to a new location in Hykeham and continues to produce local ales. All of the beers are cask-conditioned, and the whole range is also available bottle-conditioned.

The brewery is owned by George Batterbee, who served in the RAF for 25 years and was once based at RAF Swinderby.

As well as their regular creations, the Poacher’s Brewery also produces one-off ales and beers for special occasions such as competitions and festivals.

You can find out more about Poacher’s Brewery here.

Based at Barkston Heath near Grantham, Zest were formerly known as Oldershaw Brewery until a rebrand in January 2020.

Owned by sole trader Kathy Britton since 2010, they produce a range of both traditional and innovative beers in cask, bottle and canned format.

They sell through an online shop and can provide beers for events, whilst also offering a ‘pop-up bar’ option! 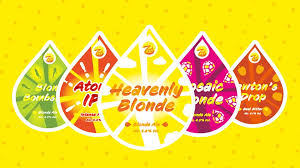 To find out more about Zest Brewery, please click here.

Since 2017, to cope with increased demand, Axholme Brewing Company have been based at a brand new 2500L plant in Grimsby. They brew a wide variety of artisan beer styles, with their new location featuring an on-site tap room where beers can be drunk while watching them work! 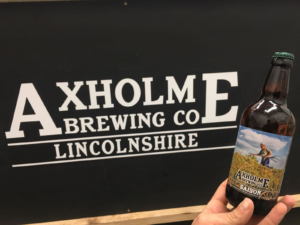 Axholme is the brainchild of Mike Richards, who began his brewing career at Abbeydale Brewery where he worked for five years.

In 2009 he moved to the Thorne Brewery as Head Brewer, and then in 2012 decided to take the plunge and launch his own brewery with his wife Jules.

Along with a core range of four beers, they produce a monthly seasonal guest ale, and bespoke beers.

All of the beers produced at Axholme are available in cask, keykeg, pin and bottles.

You can find out more about Axholme Brewing here.

Under the distinctive eight-sail windmill of Heckington, this local brewery has been brewing traditional beers since 2010. 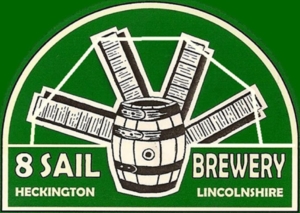 Proprietor Tony Pygott launched the five barrel brewery in June of that year, producing its first beer and cementing itself as one to watch on the brewery circuit.

Due to 8 Sail Brewery’s proximity to the windmill, most of the grain used in their beers is grown locally, malted locally and milled next door to the brewery itself. It really can say it crafts local beers and ales!

The brewery prides itself on creating both traditional-style beers, as well as those that will suit the modern drinker.

To find out more about 8 Sail Brewery, please click here.

Mark Smith formed Lincolnshire Craft Beers in May 2017, having bought a previous brewery back in 1995. They are located in Melton Ross in the heart of the Lincolnshire Wolds. 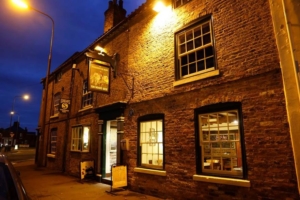 The brewery buildings were historically used for farm work and are still surrounded by working crop fields.

They boast both a classic and ‘Wold’s Bold’ range, inspired by the brewery’s location and the team’s passion for Lincolnshire landmarks.

They also appear at many of the markets and food festivals that pop up across Lincolnshire throughout the year.

You can find out more about Lincolnshire Craft beers here.

Based in Fiskerton bear Lincoln, Ferry Ales makes a wide range of beers, ales and lagers; from pale ale to dark stout. 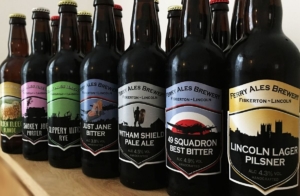 Hand crafted and made using traditional ingredients, the beers produced here are either racked to cask or bottled and kegged by the brewery itself.

It also makes the most of modern technologies, always looking for new ways to innovate their brewing processes.

To find out more about the Ferry Ales Brewery, please click here.

Have we missed your local favourite brewery off this list? Let us know at hello@lincolnshire.org