"Most of the nation’s vegetables are grown in Lincolnshire. In addition to vegetables, Lincolnshire also grows large amounts of barley, wheat, oilseed rape and sugar beet" 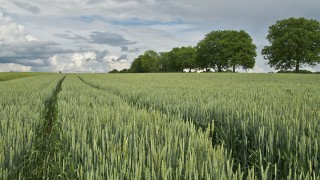 Anyone who has been to or heard about Lincolnshire knows that it is an agricultural area. In fact, Lincolnshire produces one eighth of the UK’s food and processes 70% of its fish. In addition, Lincolnshire also grows large amounts of barley, wheat, oilseed rape and sugar beet.

To say that farming has shaped Lincolnshire is an understatement. The land was good for arable farming. As settlers came to the UK and saw that plants to be used for food and raising animals were made easier by the temperate climate and healthy soil, they soon found an efficient way to survive. And as farming developed, communities started to settle rather than continue to roam.

During the Roman Rule and Middle Ages

During the time of the Roman invasion, agriculture was already well established in Britain. They were already exporting grains and cattle to the continent. This was, in fact, one of the reasons behind the invasion as the UK was seen as a rich and fertile land.

Agriculture continued to experience tremendous improvement under the Roman rule. They had large villa farms which managed the cultivation of hundreds of acres of land.

In the middle ages, farming continued to go on unchanged except with regards to land use. Typically landowners were more inclined to focus on sheep farming, as the meat and wool brought in higher profits, rather than letting small farmers to use the land for arable farming. This made life very difficult for the small farmers and they started to move away.

Agricultural Landscape in the 18th and 19th Centuries

In the 18th and 19th centuries, farming has since seen some dramatic changes and improvements. Arable farming became profitable with the revolution of new and more efficient technologies and Lincolnshire was considered to be in the forefront of agricultural progress.

It has also seen huge developments in fertilizers, as well as field drainage and crop rotation, which has all lead to an increase in profits. Advancement in agricultural technology continued with the advent of steam tractors, making Lincolnshire one of the leading producers of agricultural machinery.

Technology went on to play a major role in Lincolnshire farming. In order to survive, the county had to adapt to the changes, and adapt, it did. Between 1901 and 1975, increase in agricultural production was seen.

Today, farming in Lincolnshire is going through a difficult time. This is partly because it has seen changes in European Union support and the growing number of supermarkets dominating the buying industry.

Supermarkets get to have the bigger piece of the retail food market. Arable and pastoral farming have nearly completely disappeared and there are less pasture and cattle in the countryside. And since the only way to survive is to adapt to the changing times, Lincolnshire has to do the same in terms of agriculture and farming. Some of the farms have been converted into holiday homes, fishing lakes, paint gun battlegrounds and wildlife walks.

That is not to say that farming is dead in Lincolnshire. Many farms have simply had to adapt to changing circumstances by varying the produce they grow or by opening up their farms to schools and to the public for a fee.

A recent surge of interest in UK-grown foods and locally-produced ingredients has been a boon for the farming community and farmers have seen profits in artisan cheeses, breads and specialty meats increase.