"There are two things that make the Lincolnshire sausage stand out from its fellow sausages - flavour and texture." 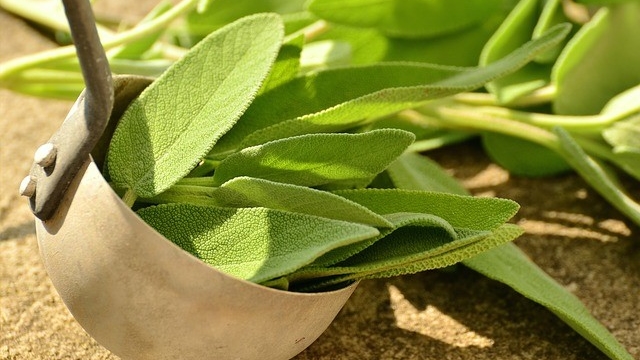 One of Lincolnshire’s most famous exports is also one of its tastiest – the Lincolnshire sausage!

These delicious sausages are not only popular in their home county, but also across the nation, as food-lovers can’t get enough of their chunky texture and mouth-watering flavours.

History of the English sausage

While the meat is certainly the star, many different countries have used fillers, such as oats, in their recipes to extend the life of the sausage. Rather than take away from the flavour, it can actually help to improve the flavour or texture. Different forms of bread are usually used in traditional English sausages.

There are hundreds of different types of sausage in the UK, although they each somehow have unique blends of taste and appearance. Here are a handful of the most popular types of sausage:

One of the most well-loved links on that list is the Lincolnshire sausage (although we might be biased!) – it has a more rustic taste as opposed to the Cumberland sausage, its pepper-infused neighbour.

The first recipe for this tasty and meaty dish traces back to at least 1886, although a Grimbsby butcher has claimed that their traditional Lincolnshire sausage recipe was developed in 1810. That would mean that this type of sausage has been celebrated for over 200 years – and yes, we do mean literally celebrated!

Every October, the grounds of Lincoln Castle are home to the annual Lincolnshire Sausage Festival, which showcases vendors who bring their delicious foods from all over the nation. Thousands of pieces of sausage are gobbled up during this all-day festival and, while you eat, you can also enjoy cooking demonstrations and sausage-themed performances.

What is in a Lincolnshire sausage?

“There are two things that make the Lincolnshire sausage stand out from its fellow sausages – flavour and texture.”

This delicious combination is what makes the Lincolnshire sausage not only mouth-watering, but incredibly versatile. So, what sets them apart from other sausage recipes?

Lincolnshire sausages are most commonly flavoured with the sage herb, which gives it its distinctive taste. Occasionally, you’ll find people trying to sneak in additional herbs like thyme or parsley, but these are definitely not traditional ingredients.

Why does Lincolnshire sausage use sage?

There has always been a plentiful supply of sage in the Lincolnshire area. Originating in the Mediterranean region, sage dislikes prolonged exposure to wet conditions.

As Lincolnshire has one of the lowest annual rainfall levels in the UK, sage has always thrived in Lincolnshire soil.

What does sage do to the sausage?

Indeed, the herb sage may well have been introduced into Lincolnshire by the Romans. As a result, sage was always used in the original Lincolnshire sausage recipes.

This coarsely ground pork gives the Lincolnshire sausage its distinctive, chunky texture. During the mixing process of sausage production, ice or water is often used to reduce the core temperature of the sausage-meat. This in turn allows the sausage to retain its distinctive texture when cooked.

While pre-made sausages work just fine for cooking, a homemade Lincolnshire sausage just can’t be beaten. Furthermore, if you have a trusty meat-grinder and the ingredients on hand, they’re fairly simple to make.

Along with a robust and hearty aroma, these pork sausages are actually pretty cost-effective, whilst making sausages at home means that you always know exactly what’s in them. You can use the freshest ingredients with no additives or preservatives.

Start with soft breadcrumbs, which you can easily make in a food processor and set aside. In your meat grinder, you’ll want to combine the pork with your seasonings first. Again, make sure the holes in your grinder are set to be larger than 4.5mm.

Once your seasoned meat is ready, you can mix it with your breadcrumbs. As the pork wets the crumbs, it will form a paste consistency.

While there isn’t an overall specific size for the Lincolnshire sausage, you’ll typically find them to be 10cm long or more and usually about 2.5 cm wide. As you stuff them, you can do several at one time. After you’ve stuffed it as long as you want to, simply twist the casing to seal it and continue stuffing the next one. You’ll be able to cut them later. This makes it easier to handle and store them.

It’s best to marinate them in the refrigerator for at least a few hours, preferably overnight, for maximum flavour. Owing to this coarse texture and high meat content, it is recommended that Lincolnshire sausages are cooked slowly in the oven, rather than quickly on the hob.

Try out your handmade sausages with one of these traditional English meals:

If you’re looking to make your own Lincolnshire Sausages, then take a look at some of these mixes.