A Brief History of Boston 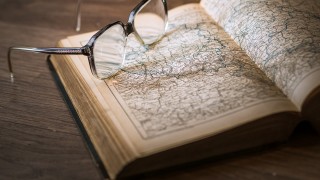 Although there is no mention of Boston in the Domesday Book of 1086, by the beginning of the following century, Boston had developed as an inland port thanks to its position at the head of a tidal river, The Haven, which linked it to the North Sea.

By the 13th century, Boston was one of the most powerful ports in England. It exported wool, lead and salt to mainland Europe and imported exotic goods such as wine, fur and spices. Boston had become a trading post for the Hanseatic League, a group of wealthy merchants from Northern Germany, the Low Countries and the Baltic States, who dominated trade in the early Middle Ages (they can be seen as an earlier version of today’s EU).

Thanks to its links with the Hanseatic League, Boston became not just the richest town in Lincolnshire, but also one of the wealthiest and influential in the whole of England.

Unfortunately this prosperity was not to last. Wool exports began to decline at the end of the 15th century, and with it began the gradual erosion of Boston’s position as one of the country’s economic powerhouses. The advent of the railway was the final blow to the port of Boston, and with it the town’s economy. However, a small operational port still survives to this day.

Sir John Hussey (1465 – 1536), 1st Baron Hussey of Sleaford, was a prominent member of the court of King Henry VIII. His family seat was Hussey Tower in Boston. Built in the mid 15th century, the house consisted of a traditional baronial tower in which the Hussey family lived, a great hall, kitchens, servants quarters and stables.

Sir John was Chamberlain to Princess Mary, eldest daughter of Henry and his first wife, Catherine of Aragon. His wife Anne was a Lady in Waiting to Princess Mary. From 1521, he was also Chief Butler of England, in charge of overseeing the arrangements for the monarch’s coronation, wedding and funeral.

He was a signatory to Henry’s application to the Pope to have is marriage to Catherine of Aragon annulled. However his loyalty to the king was tested after Princess Mary was banished from court and removed from the line of succession. His wife Anne was imprisoned in the Tower of London for referring to Mary as a princess.

When the Church of England was established in 1533, Sir John and his family remained loyal to his Roman Catholic faith.

Many Catholics who did not convert to the new church were persecuted and had to worship in secret. In 1536, Henry VIII ordered the Dissolution of the Monasteries  – the destruction of all Roman Catholic monasteries and abbeys.

On 2nd October 1536, in protest against their persecution by the hated Church of England and the Dissolution of the Monasteries, thousands of Roman Catholics from across Lincolnshire marched upon Lincoln. This protest was known as the Lincolnshire Rising and it is what modern day Lincolnshire Day celebrates.

The protesters occupied Lincoln Cathedral on 12th October and demanded the freedom to worship as Roman Catholics and an end to the destruction of monasteries.

An angry Henry ordered that they disperse or be forcibly removed by The Duke of Suffolk and his army. Within two days, the protesters had fled and the Lincolnshire Rising had been put down. Its leaders were eventually tried and executed.

Sir John Hussey, not wanting to provoke either Henry or the protesters, kept a very low profile during the rebellion.

The Lincolnshire Rising was the inspiration behind a similar, but much more infamous, uprising in Yorkshire – the Pilgrimage of Grace.

The Pilgrimage of Grace was a protest not just against England’s new religious turmoil, but also against some of Henry’s economic and political policies. It is thought that about ten thousand dissidents converged on York and occupied the city. It wasn’t long before religious orders were re-instated and Roman Catholic rites re-introduced in York.

In order to prevent further revolt sweeping across the north, Henry promised to pardon the protesters if they disbanded, and agreed to halt the destruction of  monasteries and convene parliament in York within 12 months.

Unfortunately for the dissidents, the king went back on his word. A furious Henry ordered that the ringleaders be tried as traitors.

Despite denying involvement in either the Lincolnshire Rising or the Pilgrimage of Grace, Sir John Hussey and his cousin Thomas Darcy were accused of being conspirators. They were tried by the House of Lords and found guilty of treason.

Sir John Hussey was beheaded at Lincoln Castle in 1536. Thomas Darcy was executed at the Tower of London.

Hussey Tower was slighted (destroyed) on the orders of King Henry VIII. Only the main tower was left standing – a chilling reminder of what happened to those accused of treachery….

The ruined Hussey Tower is a short walk from Boston town centre.

One such belief was that of the Separatist Movement, a group of Puritans with strong Lincolnshire links – one group worshipped at Gainsborough Old Hall. Another group was based just over the border at Scrooby in Nottinghamshire.

Separatists wanted the freedom to worship God away from the constraints of the Church of England. When Elizabeth was succeeded by King James I, there was a clampdown on such groups, it became illegal not to attend church and the Separatist Movement was banned in 1604. Wanting to escape persecution, The Separatists decided to flee to The Netherlands, a far more tolerant Protestant country.

In 1607, both groups left for Holland. The Gainsborough Separatists successfully completed their journey and joined other English Separatists known as the Ancient Brethren in Leiden.

The Scrooby Separatists hired a boat to sail them from Boston to Holland, but they were betrayed by the boat’s captain. Shortly after setting sail, they were intercepted at Scotia Creek, a few miles down river from Boston.  The Separatists were arrested and all their goods seized. (There is a monument – The Pilgrim Fathers’ Memorial – to mark this event at Fishtoft, just outside the town).

The Seperatists were brought to Boston Guildhall where they remained in the cells whilst awaiting trial at Lincoln. After several months in prison they returned home penniless but unbeaten, and, thanks to the generosity of sympathisers, eventually managed to join their compatriots in Leiden.

In 1620, the Ancient Brethren decided to sail to America in search of a better life. They hired two ships, the Speedwell, which was to transport passengers, and the larger Mayflower, which was to carry supplies. Unfortunately, the Speedwell started to take in water off the coast of Devon and it became obvious that the ship would be incapable of crossing the Atlantic. The passengers transferred to the Mayflower, which set sail from Plymouth on 6th September 1620 and landed in Massachusetts after an arduous two month voyage.

Ten years later, another group of Puritans left Boston for America. A new settlement was founded and was named Boston, after the English town from where many of its most influential settlers had originated.

The Reverend John Cotton was the controversial Vicar of St. Botolphs’ Church, Boston, who made many enemies by preaching his non-conformist views, and regularly found himself prosecuted at Lincoln’s law courts. In 1633, he sailed across the Atlantic to the new Boston, where he soon became spiritual leader of this church-dominated state.  His influence increased further when he helped to draft the fundamental laws for the colony that are still applicable today.