"Louth is a quaint market town located on the River Lud in the Lincolnshire Wolds, renowned for its many inviting food outlets and independent shops." 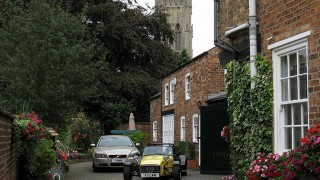 You can find Louth on the Lud River in Lincolnshire, roughly 150 miles north of London in the Lincolnshire Wolds.

It is at the periphery of the lively market town called Wolds, noted for a labyrinth of tight thoroughfares and principally early-Victorian and Georgian structural designs. There are famous ancient edifices, such as Saint James Church. The cathedral has a narrow spire which was measured at 295 feet, said to be the loftiest Anglican Church spire in all of England.

The term “Louth” comes from the Old English word, “Hlud” meaning noisy and used to describe the flowing river where the church rises. The town has an agricultural economy and a flourishing cattle industry, aside from manufacturing agricultural machinery, electronics and plastic products. The town hall, which was constructed in 1854, has already been renovated. Louth has a Food Trail and cinema located in one of the major streets and is home to the local film club.

Places to Visit in Louth

The Parish Church of St James is certainly one of the must-see places in this town. It was built in 1430 on an area previously occupied by three other churches. As mentioned earlier, the major attraction is the tower which was finished in 1515 and boasts the tallest spire of any medieval church in England. The church was stripped of its belongings in 1536, but these were returned during the 19th century. You can perceive the stained glass windows, 19th-century organ, and 15th-century foundation and statues. It is also a place for concerts and special events with a gift shop and café.

Hubbard’s Hills is also a popular site. It was opened to the public in 1907 and devoted to the memory of Annie Pahud, who happens to be the main character in a delightful but appalling real-life romantic tale. This beautiful park sits on a cold waterway which creates the course for a small stream; the Lud. It zigzags along the cavernous and plane valley substructure sandwiched between precipitous and forested slopes on both sides.

Louth is destined to become the last stop for the Lincolnshire Wolds Railway, based in neighbouring Ludborough. The town used to be the on the East Lincolnshire Railway from Peterborough to Grimsby, which is a vital route from north to south. It was opened in 1848, primarily for holiday travellers during the summer season. The former train station is now teeming with residential houses.

Brackenborough Hotel is known for its opulent adornments and special designs with elegant rooms. Amenities include private and contemporary bath, four-poster beds or whirlpool baths. It is located amidst landscaped lawns in the picturesque Lincolnshire Wolds. This fashionable and award-winning boutique hotel has plush bedrooms, free local leisure passes and contemporary bistro. Guests can enjoy fresh local and seasonal produce as well as variety of wines or cask ales. Guests are given free tickets to the Meridian Fitness Centre in Louth.

The Best Western Kenwick Park Hotel and Leisure Club features the majestic Georgian-style Kenwick Hall. The 18-hole golf course is located within the estate. You can also take pleasure at the Health & Leisure Club which features a large indoor pool, state-of-the-art gym, as well as squash and tennis courts. Beaumont Hotel is a small but friendly hotel near the centre of Louth in the Lincolnshire Wolds. It lies on a residential place with safe off-street car parking area and unattached function rooms. The cocktail bar has relaxing seating around open fires during winter.